Many soil types lose load-bearing capacity when saturated with water. Other soils expand when wetted. One estimate reports that more than two thirds of U.S. soils are active in this way, including soils in Colorado. At each inspection, Gateway will produce a maintenance packet which includes foundation and soil maintenance. 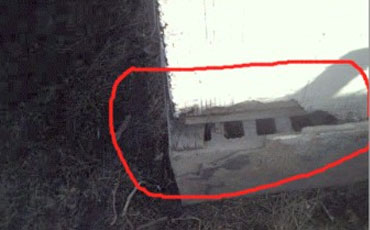 Please note that many foundations develop a few cracks during the first few months after construction. These occur as the soil under the house accommodates itself to new loading (the soil may compress under a heavy house, or billow up if a heavy overburden was removed to prepare the site). Concrete often shows a few cracks due to shrinkage, and most building products expand and contract in response to changes in moisture and temperature. The conclusion, perfect foundations are about as common as perfect people (if you're looking for perfection, perhaps you're on the wrong planet).

Be sure that cracks are "active" (continuing to open up) and sufficiently severe to warrant repair before spending time and money repairing them. Repair of residential foundations is expensive. Estimated by the Home Buyers Warrantee Program, foundation repairs cost the U.S. about $2.5 billion per year. Stabilization and soil maintenance can often avoid repairs that cost ten of thousands of dollars. Many cracks occur initially during construction (when stressed by heavy equipment during backfilling), or during the first few months after construction, due to the accommodation to the site or to shrinkage. This initial instability may be followed by a period of stability that can extend for decades.

Cracks in brickwork, block walls, or formed concrete that extend below the soil often indicate broken, unstable footings, especially if "V" shaped (larger at the top or bottom than the other end of the crack). Typical "birth defect" causes include soil under the house that has been disturbed and inadequately compacted, heavy soil that has been removed and replaced with a light house, leading to decompression of the soil; etc. In such cases, these cracks, too, are not likely to get much worse for decades after the soil stabilizes (unless the house is setting on deep fill dirt). However, be weary of "W" shaped cracks.

After 40 years or so, settling backfill, the clogging of foundation drain systems, and similar aches and pains of middle age often induce a new round of instability.

According to the "One and Two Family Dwelling Code", basements are, "...that portion of the building that is partially or completely below grade." A basement may be considered a "floor above grade" when the finished surface of the floor above is more that 6' above grade for more than 50% of the building perimeter or more than 12' above grade at any point. The U.S. EPA and other standard-setting organizations publish somewhat different definitions. 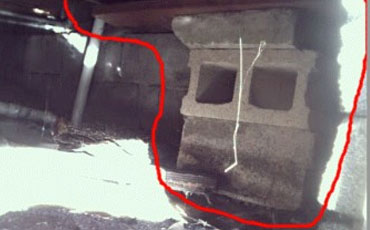 The storage space provided by basement foundations is desirable except in areas were active soils, high water tables, or other hostile site conditions exist. Basements add to the resale value of houses and add relatively little to the initial cost of houses if the climate is cold and requires deep foundations to avoid frost heave. Basements dominate modern construction in Kentucky and all northern states form Virginia in the East to Utah in the West (except Oregon and Delaware). They are rare in the deep South except for Georgia.

Unlike slab foundations that support walls, the basement floor carries no structural load and therefore si less likely to break. In fact, here in Colorado most basement floors are engineered to "float", or move up and down with the expansion and contraction of soils, independent of the foundation walls. Radon is often easy to mitigate from houses with basements. Heating and air-conditioning ducts are far from damaging soil conditions, and are less likely to be made of asbestos ro to admit termite control poisons. Moreover, the ducts and the under-floor areas are easy to insulate, reducing heating and air conditioning bills.

Unfinished basements are especially desirable, because plumbing, electrical, heating, and air conditioning components remain accessible for inspection or repair. And when repair is necessary, it is less disruptive when accomplished away from finished living space. In addition, unfinished walls can be monitored for mold or moisture signs that may indicate a need for flood or condensation prevention measures. They can also be monitored for cracks that, if continuing to open up, indicate needed foundation stabilization.

In addition, there is less worry about concrete whicking up moisture into the carpets or loosening tiles when basement floors are bare. And when basements are left unfinished, termite infestation is less likely as any wood is likely to be several inches above grade. This distance also is likely to be too far for the wood to be rotted by moisture drawn up by concrete. Finally, there are no worries whether previous owners finished the basement to hide foundation problems, even some home inspectors can be fooled by such camouflage.

Crawl spaces may allow for construction on sites with high water tables, poor drainage, subterranean boulders, or other conditions that might cause problems for other types of foundations. Adequate ventilation is an absolute requirement to avoid the build up of moisture, mold, and rot. Adding suitable insulation between the floor joists can reduce energy consumption, but blocking the crawl space vents should never be considered. The cost of heating is much less than the repair of extensive rot or health care costs due to molds.

Foundations are usually more stable when the perimeter is continuous.

Pier-and-grade-beam foundations may have concrete perimeters with "V" shaped bottoms, so that the perimeter does not bear against expansive soil and become unstable.

Houses resting on long posts resting deep in the ground, including post-and-beam houses and houses built on drilled or sunken piers, sometimes are more stable that houses resting on continuous perimeters. However, isolated post/pier foundations (pier-and-beam) may be easier to level.

Slab on grade foundations are inexpensive and chosen by most builders in warm climates. They are invulnerable to basement flooding if fully above grade and can be strengthened with steel reinforcement or steel cables "post tensioned" after partial concrete curing for use on problem soils that make other foundation types impractical.